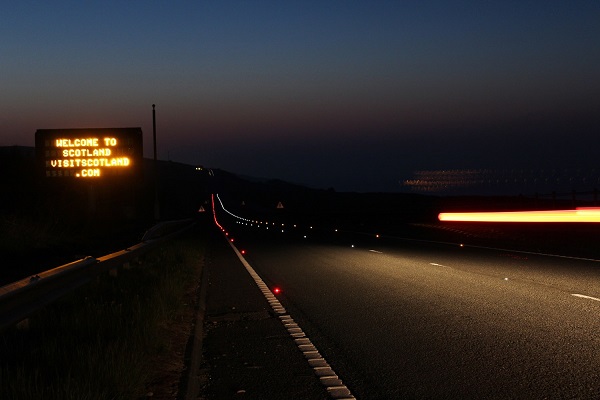 According to foreign media reports, the England Highway Company installed 175 airport runway LED spikes to help drive a lane at one of England’s busiest freeway intersections, which have more than 90,000 vehicles passing through each day. In addition, this smart LED stud will turn on when the traffic light turns green, helping the drive stay in the correct lane. This is the first time that traffic smart lights have been introduced at major highway intersections.

The innovative LED studs are visible 900 meters away, farther away than traditional reflective studs, and have been proven to help prevent drivers from drifting between lanes, reducing the risk of collision. The cable under the road surface connects the spike to the traffic light through a nearby controller unit. When the traffic light turns green, the LED spike opens automatically.

As part of the Switch Island program, new traffic lights will be installed above 5 meters (above load-bearing vehicles and double-decker buses) so that drivers close to the intersection can clearly see when smart LED spikes change . In addition, road layouts, lane markings, and lane obstacles have also been changed, and four new overhead platforms will be placed in each lane so that the driver knows which lane they should remain in.

The smart stud designer Andy Salotti said: “This is the first time that a dynamic division project is carried out at the main highway junction of the strategic road network in England. The LED studs that are synchronized with the green traffic lights will provide clear lane guidance for the driver. The solution will reduce the driver’s probability of deviating from the lane, thereby reducing the number of accidents at key intersections, congestion, and driver frustration due to road traffic collisions.”