In the second half of the year, the traditional peak season of the LED display industry is coming, and the market conditions continue to climb. However, in recent days, the upstream raw material market, which has calmed down for many days, has suddenly risen frequently. Since July, major PCB manufacturers including Omway Electronics and Jiantao Group have issued price increase notices, saying that they are environmentally friendly and cost-effective. The impact, in desperation, companies choose to raise prices. 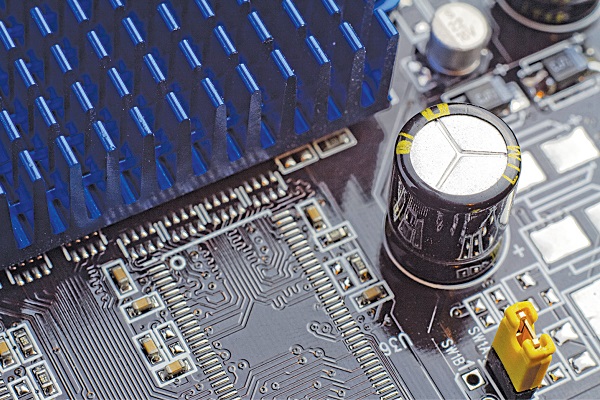 With the continuous improvement of technology, PCB, which is known as the “mother of electronic products”, has become an inaccessible component in the LED display industry. It has become a global industry with an annual output value of more than 50 billion US dollars. Although the importance of PCB to LED display is self-evident, the serious environmental pollution caused by the production process cannot be ignored. Especially in the current ecological environment, the environmental protection has been highly valued by the government. Developed strict environmental standards for production. In response to the government’s call to achieve sustainable development of the industry, major PCB manufacturers have adjusted the industry and improved the production process. This not only directly increases the price of accessories and labor costs, but also allows some uncompetitive enterprises to withdraw. The competitive landscape has gradually tilted toward large factories with bargaining power, environmental protection indicators and capacity reserves, resulting in an increase in industry concentration.

In addition, the rising prices of raw materials have also pushed the PCB companies out of breath. The data shows that the cost of PCB raw materials accounts for about 33%, of which CCL accounts for 18% to 20%. Copper foil is the most important raw material for the production of CCL, accounting for about 30% of the cost of CCL. ) and 50% (thin board). Due to the shortage of copper foil, the prices of various raw materials continue to rise. From the beginning of 2016 to the present, PCB standard copper foil prices have risen by more than 50%, and copper foil processing fees and effective CCL prices are higher than the original average. 100% and 50%.

At this point, under the double pressure of environmental protection and rising raw materials prices, many large PCB factories began to gradually “head down” and chose to increase prices. It is understood that from the end of 2017 in Kunshan, Jiangsu, to Zhuhai, Shanghai, and then Shenzhen, the entire PCB industry will usher in a new situation after this wave of price increases, the overall expected range of 20 -30%.

The 5G era is coming, the market is mired in the “supply in short supply” dilemma

From the perspective of the entire environment of the electronics industry, as China gradually enters the 5G era, consumer electronics faces a new round of development, and the demand for high-frequency high-speed copper clad laminates will increase exponentially. Compared with the communication, lithium battery and automotive industries, the LED display industry has relatively low technical requirements for PCBs. At the same time, the reshuffle of small and medium-sized PCB companies has led to the overall capacity reduction. The large manufacturers generally put their future production capacity in communications and lithium batteries. The automotive industry has also had a significant impact on the LED display industry.

Undoubtedly, the sharp rise in the price of upstream raw materials will definitely bring the downstream application-side LED display industry to the forefront. At this stage, the LED display market boom continues to rise, especially the development of LED small pitch is even more so. The steady market orders not only bring profits to LED display manufacturers, but also raise higher prices for upstream raw materials. Market demand. The increase in PCB prices and the intensification of industry concentration have not only brought cost pressure on LED displays, but also broke the original balance between supply and demand, which caused the market to fall into a dilemma of short supply.

It is worth mentioning that, due to the tight delivery and shortage of raw materials such as copper foil and glass cloth, the most upstream raw materials of PCB boards, it naturally affects the delivery date of PCB suppliers, compared with the price increase of raw materials. The tight schedule is to let the upstream and downstream manufacturers do nothing. The storm of raw material price hikes began to make the LED display companies that have no competitive strength in economy and scale gradually retreat, further accelerating the industry’s reshuffle speed.

The competition in the LED display market is still fierce. Some companies with strong competitiveness are beginning to break away from the “price war” and begin to shift the battlefield to the high-end display field. For this part of LED display manufacturers, the rise of upstream raw materials will definitely bring about an appropriate increase in the price of LED display products, because their customers pay more attention to product quality and service than prices. For those LED display manufacturers who are still struggling to “internal strength” and dying in the “price war”, in the face of the price increase of this round of raw materials, in order to maintain the original price of the product, they can only “fall off the teeth and Blood swallowing, no matter how much upstream rises, can only be digested by itself, which is a huge test for the company’s funds, and definitely not a long-term road for enterprise development.

Before the PCB price increase, there are billions of LED display market demand, LED display companies want to ride the wind and waves, but also need to think about the long-term development of the company, do not die the price of the product, but also from their own technology, Products, brands and channels can be used to enhance the competitiveness of enterprises in order to obtain higher profit margins.