In order to celebrate China’s 40 years of reform and opening up, this year, Shenzhen organized the implementation of landscape lighting enhancement activities to create a beautiful and comfortable lighting environment with the prosperity and charm of the modern city, creating a public cultural space for the citizens and tourists. Before the end of June, the lighting project in the central area of ​​Shenzhen was initially completed. After a few months of testing, debugging and improvement, it was the first show of last night. According to the light show performance arrangement, three performances were performed last night, so that the people who came to watch it would be spoiled for choice. 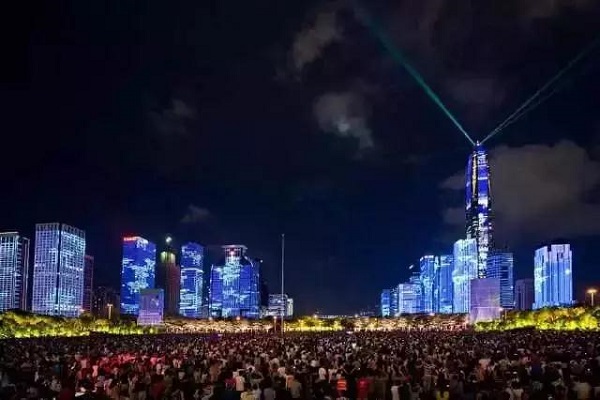 The lighting project in the central area of ​​Shenzhen takes the important viewing angles such as the central axis and Shennan Avenue as the display interface, forming a large-scale nightscape with the civic center as the core and the Ping An Building as the landmark. There are 43 buildings participating in the joint performance.

Civic Center Square is one of the best places to watch the light show. Different from the plane effect formed by other city lighting performances, Chen Haiyan praised the location of the Shenzhen Central District. The venue of the Civic Center Square is large. Standing here is 270° surround. To create a visual effect of the ring screen, bringing a dynamic, enveloping, immersive viewing experience, people are immersed in it.