China’s 5G commercial license is about to be released, and it has five advantages in combination with LED street lights. 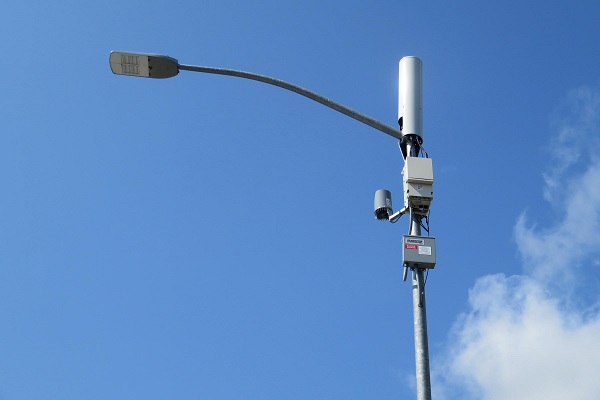 China Xinhua News Agency, the Ministry of Industry and Information Technology will issue 5G commercial licenses in the near future.

It can be expected that after the issuance of commercial licenses, 5G will usher in a round of construction boom. This boom is reflected in many aspects, one of which is that many regions have already issued heavy 5G base station construction plans.

● According to the principle of “focus on deployment and whole coverage”, Guangzhou plans to build 10,000 5G base stations during the year to build the information hub of Dawan District, and strive to achieve 5G trial commercialization this year.

● Shenzhen Municipal Bureau of Industry and Information Technology previously revealed that the total construction of 5G base stations in the city this year was about 7,000, speeding up the 5G commercial pilot.

The millimeter-wave antenna used in 5G has the disadvantages of large signal attenuation, easy blocking, and short coverage distance. Therefore, in order to prevent signal loss, 5G networks need more base stations than 4G to relay signals, while small base stations solve 5G. The main method of the problem. These small, low-power nodes can be deployed on LED streetlights that are ubiquitous and connected to circuits, so LED streetlights are seen as one of the effective and important means of improving the coverage of 5G networks, and smart LED streetlights are also considered smart cities. An important entrance to the building.

Of course, unlike the past generations of mobile communication technologies, after the 5G network is commercialized, it will coexist with the 4G network for a long time, and the two will develop together. Moreover, the development of 5G is also inseparable from the vigorous application of industries such as autonomous driving, ultra-high definition video, and edge computing, and the application of these industries has matured for a long time.