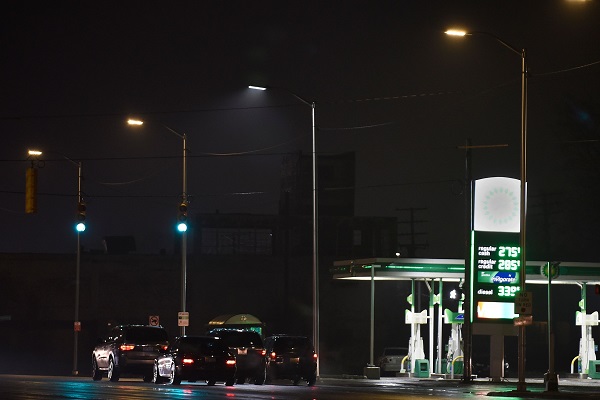 The Detroit Street Light Management Authority filed a federal lawsuit on Monday for Leotek Electronics USA, which supplies nearly one-third of the city’s 65,000 street lights, claiming that the repairs are expected to cost millions of dollars.

The Detroit City Lighting Authority is concerned that tens of thousands of street lights are in danger of failure within a few years of installation and may cause some communities in Detroit to fall back into the dark.

In a lawsuit against Leotek, the Public Lighting Authority pointed out that more than 20,000 pcs LED lights “prematurely darken and extinguish” have an impact on the city’s revival.

Six years ago, Detroit became the representative city of the decline of American cities. Before the three-year, $185 million renovation, about 40% of Detroit’s 88,000 pcs streetlights were unworkable. In 2016, the city decided to replace 65,000 pcs new LED street lights, making it the largest city in the United States with 100% LED public lighting.

Beau Taylor, executive director of the Public Lighting Authority, told the media that the people of Detroit have experienced a lot of street lights. “I hope people know that we are doing everything we can to alleviate this situation and we will not return to the original state.”

According to the lawsuit, the Lighting Authority signed a purchase agreement with Leotek in March 2014 to purchase its E-Cobra model LED equipment. The Lighting Authority paid Leotek $3.9 million and purchased 25,320 pcs lamps. The installation cost is approximately $5.2 million. Leotek is one of four LED suppliers contracted with the authorities in 2014.

According to the Lighting Authority, the company stated during its 10-year warranty that it will correct and replace any defective products. Leotek said its LED lights are expected to last for at least a decade.

Marcus Henry, a community resident on the west side of the city, said he was frustrated. “The lights have dimmed, especially near Joy and Greenfield, which is too dark.”

“There are varying degrees of degradation,” says Beau Taylor. “Some of them may be completely or will soon be broken.”

According to a letter from the Lighting Authority’s law firm in February, the problem was discovered in a routine investigation of lighting systems last fall, which was related to defective units that were “burnt, burned or broken”.

The California-based manufacturer acknowledged in a letter to the US Lighting Authority last December that it had “more failure reports” in city street simulations, mainly in the west side of the city. And some of Detroit’s main roads.

In a letter dated December 17, Leotek administrator Hy Nguyen said that the company had determined that “the problem is overheating and it will directly burn out the lens above the LED.”

“We apologize for the problem and will work with you to correct the problem,” Nguyen wrote. But in recent weeks, Leotek’s staff has been silent. A representative of Leotek did not respond to requests for comment on Monday.

It is also reported that there is a similar problem in Berkeley, California. In 2014, Leotek provided about 7,000 pcs LED street lights to upgrade the city’s lighting system. During the warranty period, Leotek has been replaced free of charge. Berkeley is currently negotiating with Leotek how many lights will be replaced and who will bear the labor costs.