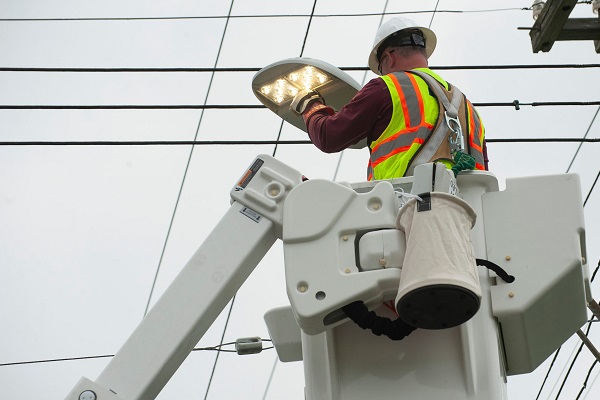 Perhaps everyone remembers that the LED lights were prematurely dimmed and “blind”, the Detroit Lighting Authority sued the streetlight supplier, and the incident has made new progress.

The Detroit City Public Lighting Authority announced on Monday that it is expected to complete the replacement of nearly 20,000 LED street lights, which are flawed, leading to premature darkening and failure.

The replacement is expected to cost between $7 million and $8 million, a step ahead of the lighting administration’s goal earlier this year, replacing 19,500 luminaires by the end of the year. The agency is funding the project and is seeking compensation from California-based lighting manufacturer Leotek Electronics USA.

According to the law firm of the Lighting Authority, a routine survey of lighting systems last year showed that defective lamps produced by Leotek were “burnt, burned or cracked” and that the replacement work began.

Thor Scordelis, general manager of Leotek USA, said on Sunday that since the dispute in December last year, the company has been in close communication with the Detroit Public Lighting Authority through direct dialogue or through their lawyers. “This is an independent design flaw, not all installed street lights have problems,” Scordelis wrote in an email. “We have acted quickly to replace unqualified fixtures and we have made every effort to resolve this issue.”

Scordelis said that since June, Leotek has provided 8,179 alternative lighting fixtures for the city. The lighting authorities have installed 1,500 replacement luminaires from Leotek, and the public lighting authority executive director, Beau Taylor, said this is another streetlight model that manufacturers can replace for free.