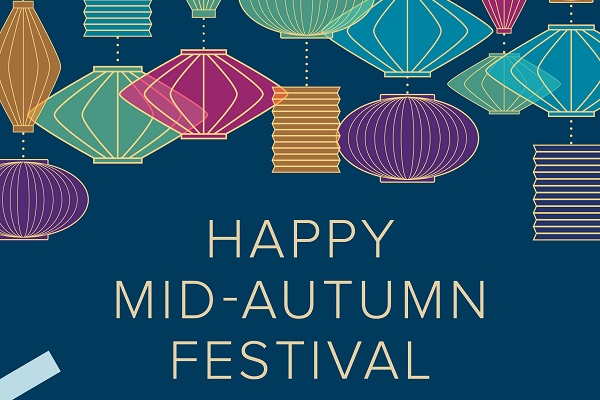 The Mid-Autumn Festival is our Chinese traditional festival and falls on August 15th of the lunar calendar. Along with the old myths of “Cháng’é bēn yuè”, this festival is handed down to today.

In the ancient past, there was a hero named Hou Yi who was excellent at archery. His wife was Chang’e. One year, the ten suns rose in the sky together, causing great disaster to people. Yi shot down nine of the suns and left only one to provide light. An immortal admired Yi and sent him the elixir of immortality. Yi did not want to leave Chang’e and be immortal without her, so he let Chang’e keep the elixir. But Peng Meng, one of his apprentices, knew this secret. So, on the fifteenth of August in the lunar calendar, when Yi went hunting, Peng Meng broke into Yi’s house and forced Chang’e to give the elixir to him. Chang’e refused to do so. Instead, she swallowed it and flew into the sky. Since she loved very much her husband and hoped to live nearby, she chose the moon for her residence. When Yi came back and learned what had happened, he felt so sad that he displayed the fruits and cakes Chang’e liked in the yard and gave sacrifices to his wife. People soon learned about these activities, and since they also were sympathetic to Chang’e they participated in these sacrifices with Yi. 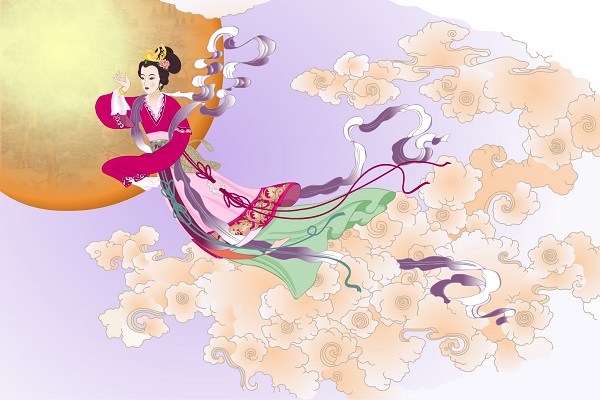 After the hero Houyi shot down nine of the ten suns, he was pronounced king by the thankful people. However, he soon became a conceited and tyrannical ruler. In order to live long without death, he asked for the elixir from Xiwangmu. But his wife, Chang’e, stole it on the fifteenth of August because she did not want the cruel king to live long and hurt more people. She took the magic potion to prevent her husband from becoming immortal. Houyi was so angry when discovered that Chang’e took the elixir, he shot at his wife as she flew toward the moon, though he missed. Chang’e fled to the moon and became the spirit of the moon. Houyi died soon because he was overcome with great anger. Thereafter, people offer a sacrifice to Chang’e on every lunar fifteenth of August to commemorate Chang’e’s action.

Today, it is still an occasion for outdoor reunions among friends and relatives to eat mooncakes and watch the moon, a symbol of harmony and unity. The festival is celebrated with many cultural or regional customs.

To us, the Middle Autumn Day symbolizes reunion & harvest, counting a lot. On this day, all our family members gather together, eating mooncake, admiring the beautiful bright moon, talking and laughing.

For the year 2019, the festival is on 13th Sep, we will have 3 days off from Friday Sep 13th to Sunday Sep 15th. On this festive season, wish our customers happy & all the best.